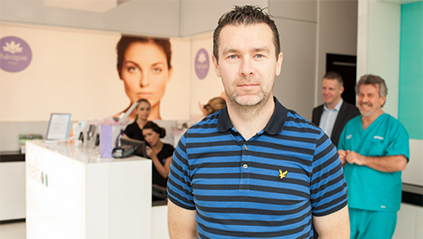 " If I could offer advice to anyone who wears specs I'd say get it done, and get it done now "

If I could offer advice to anyone who wears specs I’d say get it done, and get it done now

My weekly routine over the last few years could include anything from watching games, playing in them, punditry and commentary on TV, writing my weekly article, training and coaching; all juggled with spending time with my wife and kids; so it’s no wonder that I never had a chance to do anything about my eyes!

I have needed glasses or contact lenses since I was a child and have been conscious and aware of the restrictions of my sight. Luckily, in my playing days, I was able to get by without glasses or fiddly contact lenses but I always struggled and wondered what 20/20 vision would be like.

I’d heard of laser eye surgery but never really knew enough about it until I decided to take the proverbial bull by the horns and visit Optilase, next door to the Canal Court Hotel in Newry and see if I could get the treatment done (apparently not everyone can).

I chose Optilase after hearing some reassuring stories from both my friends and people in my work circle who had it done. After hearing that Optilase in Northern Ireland was the number one provider in Europe and second in the world in terms of completed treatments, the decision to proceed was an easy ones as there is no way I was taking any chances with my eyes, you only get one pair after all!

“If I could offer advice to anyone out there who wears specs, I’d say – get it done,and get it done now.”

The Clinic at Optilase is more like a five Star Hotel and I was so at ease and very, very relaxed and therapeutic, absolutely beautiful and completely put me at ease. The staff there were wonderful and couldn’t do any more for me.

So, after being fed and watered, I then spent my hour with the Optometrist. My consultation was free of charge and took around an hour. I filled out a simple form and met with my Optometrist who explained how the consultation would proceed and took me for some scans and pictures of my eyes and walked me through everything very thoroughly. I felt completely reassured and at ease throughout the process and very relaxed and informed.

Thankfully I was deemed a suitable candidate. The next step was to discuss price! I’m glad to report that there was no pushy sales pitch (that definitely would have put me off), just genuine interest in the best care for me and my eyes.

The 0% finance deal definitely made things easier! The decision was completely left to me so I paid my deposit and picked my date.

A big thing for me also was the reassurance of the Optilase Lifetime Care Guarantee. Basically Optilase looks after and treats my vision for the rest of my days, even if I needed re-treatment further down the line, at no extra cost, however much is needed.

I’ve got to admit that the day before surgery, I was a little nervous. I went to the Optilase in Belfast (in front of the City hall) for my treatment. The place was stunning, relaxing and calming. There were a lot of people there that day who felt the same as me and completely at ease – I was actually looking forward to this!

After I completed my paperwork, I met with my Surgeon who spent half an hour talking me through my treatment. I felt completely re-assured also considering he has performed more than 40,000 of these treatments!
The best treatment for me was Lasik – which is one of the most popular laser procedures in the world, with the quickest recovery time. My Surgeon felt that it was best for me and my eyes and after his thorough explanation, so did I.

The actual surgery itself was over within minutes and I quickly realised there was no reason for me to have been nervous. The Surgeon was fantastic and talked me through each part of the procedure and the Nursing and Care team were second to none.

There was no pain during surgery, a question I have been asked by almost everyone since my treatment! There are so many myths out there about laser eye treatments that simply are not true – I’ve had much worse days out at the dentist!

After surgery my eyes were sore initially, a sensation I compare to what I experience after cutting raw onions. My eyes watered and I had to wear sunglasses to protect my eyes from the bright light when I left the clinic. I was prepared for this and told just what to expect. Later that evening, I had a mild headache nothing that two painkillers couldn’t sort and along with plenty of water – I had a great night’s sleep.

Following the advice from the team at Optilase I went home and relaxed and when I woke in the morn-ing, life had taken on a whole new perspective. Being able to see so clearly without glasses was the strangest feeling ever, absolutely fantastic and I was more than a bit emotional, I don’t mind admitting. It was actually unreal how good it was!

If I could offer advice to anyone out there who wears specs, I’d say – get it done, and get it done now. I only wish I had it done years ago. Go see for your-self. My biggest regret is not having it done sooner and thinking about some of those wides I hit!
Call up Optilase and see at least if you are suitable for treatment. I’m glad I did. It won’t cost you any-thing as it’s free to find out so why not?”. 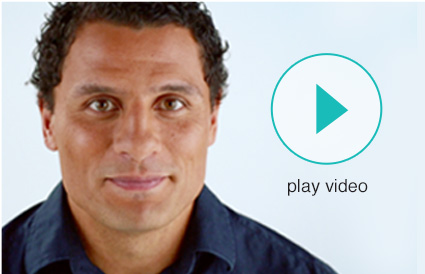 My mates tell me I have no excuse to drop the ball now! 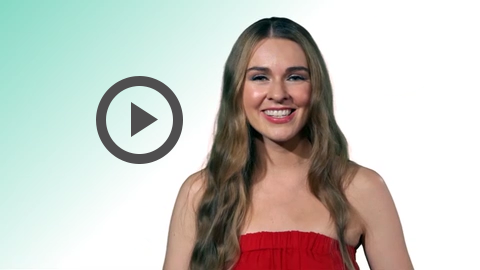 Optilase comes so highly recommended and they were absolutely fantastic! My surgery only took a few minutes and now I don’t need to wear my glasses for anything at all. It has completely changed my life! 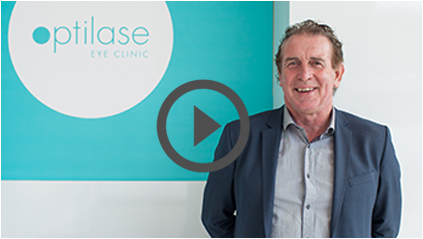 Now I have 20:20 vision, I can see up close, away in the distance and everything in-between.